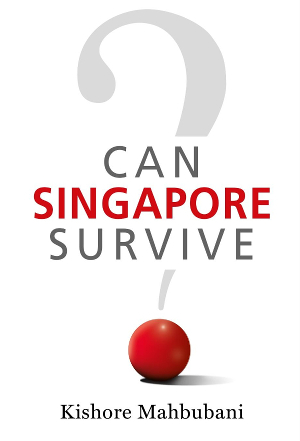 This book poses the question that Singaporeans must wrestle with: can we survive as an independent city-state? Kishore Mahbubani believes that Singaporeans must always ask the question because constant ref lection and self-examination should be a part of the core DNA of all Singaporeans. His goal in this book is to create and enhance this culture of reflection among all Singaporeans. He gives three answers in the introduction to this book: Yes, No & Maybe. With these three answers, he attempts to sketch three different scenarios for Singapore’s future.

There is logic behind this, as we cannot predict the future. We can, however, prepare for the future by telling stories about what the future could be like.

Besides his substantive introduction, this book offers some of Kishore’s best essays on Singapore, taken from his Think-Tank and Opinion columns in The Straits Times, as well as contributions to Guardian News, The New York Times, The New York Review of Books, World Economic Forum’s Forum News Daily, and the “Innovations for Successful Societies” Oral History Project of Princeton University.

“The title ‘Can Singapore Survive?’ is provocative. Kishore is often provocative which is why he is worth reading and listening to, even if one does not always agree with him. The vulnerability of Singapore is not a new theme; Lee Kuan Yew spoke of it constantly. For Lee Kuan Yew, the response is leadership, tough leadership. If that is lost, all is lost. Despite his seeming pessimism, Kishore is in fact more optimistic. Underlying his questions and his doubts, one can detect a certain faith in ordinary Singaporeans beyond the politics. Despite the title, this collection of essays gives a hopeful view of Singapore’s future.”

“Kishore Mahbubani is one of Singapore’s most original thinkers. He loves Singapore and his thoughts on our future deserve our careful consideration.”

“In a long and illustrious career, Kishore Mahbubani has written many books and essays and given many speeches. This new and eclectic collection of his speeches, essays and interviews over the years, accompanied by an intriguing introduction about the perennial existential question facing Singapore, is a timely contribution to all the literature commemorating Singapore’s 50th anniversary.” 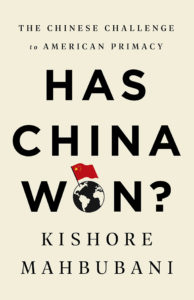 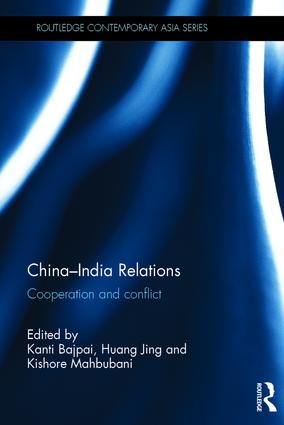