A major geopolitical contest has broken out between US and China. This is not surprising. Whenever the world’s number one emerging power (today, China), is about to overtake the world’s number one power (today, USA), a geopolitical struggle breaks out between the two, as I document in Has China Won? The election of Biden in November 2020 could, in theory, have stopped this contest. Certainly, Biden will be more civil and polite when speaking about China. No more policymaking with tweets and temper tantrums. Yet Biden cannot stop this major US-China geopolitical contest since there is a rock-solid consensus among the Washington DC establishment that the US must, in one way or another, stop China’s rise. If anyone had doubts that a major new contest had broken out, they would have been removed by the sight of the angry public exchanges between the two sides in Anchorage, Alaska in March 2021.

This major geopolitical contest is also going to create strategic dilemmas for other countries and regions. Europe, for example, will be torn between its head and its heart. Its heart is clearly with the US. In the first Cold War with the Soviet Union, there was a convergence of head and heart in Europe. Europe happily signed up as a willing and loyal ally of America in the Cold War because Europe was immediately and directly threatened by Soviet tanks and missiles stationed at its borders. There was a high degree of trust and strategic cooperation between American and European policymakers, underpinned by close cultural links. It helped a lot that America, Australia, and Europe traced their roots to a common Judeo-Christian heritage and Greco-Roman cultural underpinnings. Cultural affinity matters.

There will be no convergence of head and heart when Europe has to make a choice between US and China. Its heart will remain with the US. However, when it applies its head to major geopolitical challenges, it will discover that geopolitics comes from two words: geography and politics. Geography is key here.

Europe is cursed with an unlucky geography. In the twenty-first century, Europe will not be threatened by Russian tanks and missiles. The prospect of a direct war with Russia is practically zero, although proxy wars may take place in territories like the former Yugoslavia and Ukraine. However, the prospect of Europe being overwhelmed by mil- lions of migrants coming in from Africa in little boats is very real. There is one demographic statistic that spells out clearly the number one geo- political threat the European Union will face. In 1950, the EU’s combined population (379 million) was nearly double that of Africa’s (229 million). Today, Africa’s population (1.2 billion in 2015) is double that of the EU countries (513 million in 2018). By 2100, Africa’s population is projected to be almost ten times larger, 4.5 billion versus 493 million.

In the years 2015 to 2017, there was a surge in migrants from both Africa and the Middle East arriving in Europe. The impact on European politics was tumultuous. After politics dominated by moderate centrist parties (from both the left and right) for decades, Europe saw a surge of support for extreme populist parties, with some of them even joining governments in countries like Austria, Hungary, Poland, Italy, and Estonia.

If economic and political conditions in the African continent don’t improve in the twenty-first century, Europe can expect tens, if not hundreds, of millions of Africans to knock on its doors seeking a better life in Europe. It doesn’t take a genius to figure out that this surge of migrants will drastically change the social and political texture of European societies and provoke resentment in the European body politic unaccustomed to such massive demographic change. 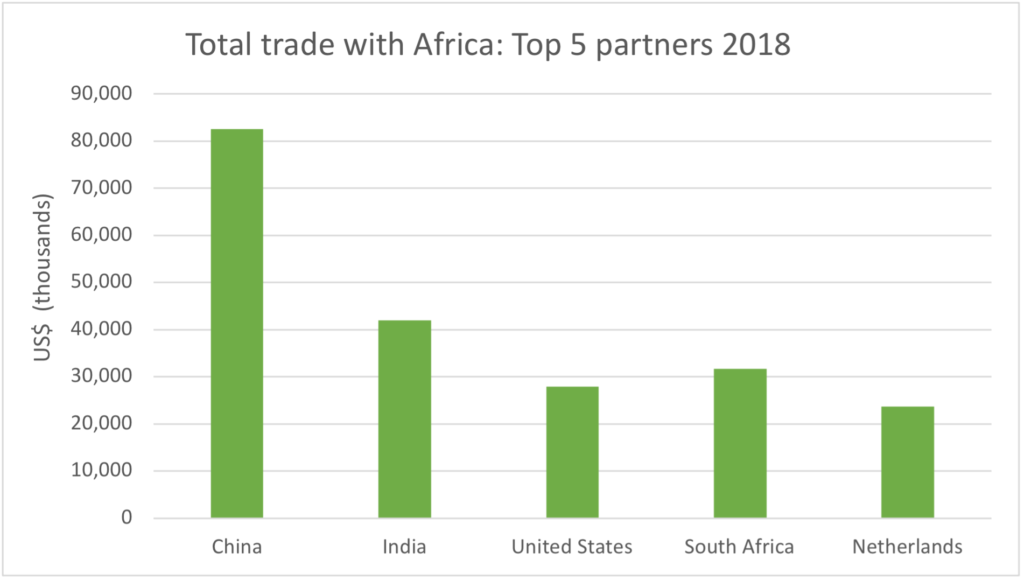 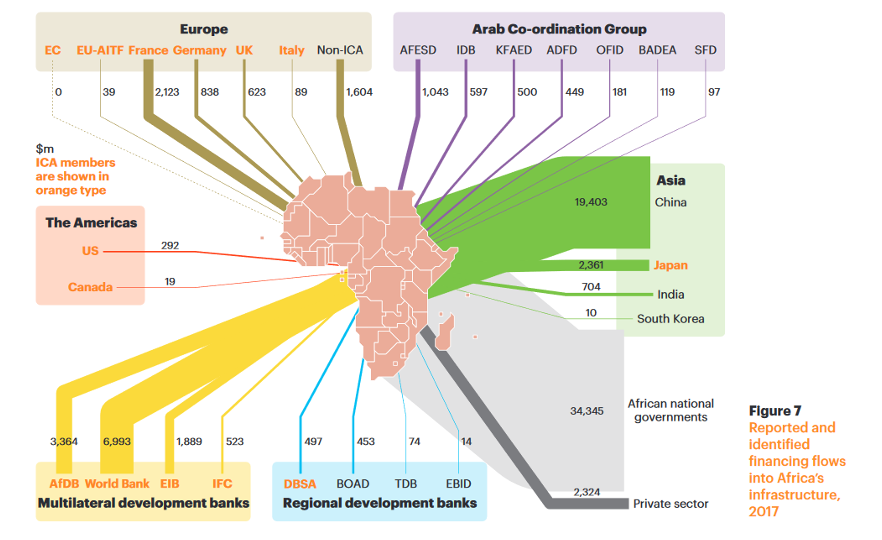 Given the challenges this presents, if the Europeans want to give priority to their own existential challenges (which result from their geography), they should focus on the economic and social development of Africa. The best partner to work with to develop Africa is China. Indeed, China has already emerged as the largest new economic partner of Africa. Please see Chart 1 and Figure 1.

If Europe wants to preserve its own long-term interests, it should make the development of Africa, in partnership with China, an immediate priority. The country that attracts the largest number of African leaders to summit meetings is China. The most sensible thing for European leaders to do is to join, en masse, the next high-level meeting of Chinese and African leaders in Beijing. A massive turnout of European leaders at such a summit would send a powerful market signal. It could catalyze a powerful wave of new investment in Africa. Over time, with a strong African economy, there will be less incentive for widespread African migration to Europe.

There is only one obstacle to Europe doing this sensible thing: America will object. Just look at American officials’ attempts to dissuade other countries from participating in China’s BRI (a major source of Chinese investment into the African continent). American pressure on its European allies will certainly increase if the European nations decide to work together with China on investing in Africa’s future. However, it is truly unwise for America to ask Europeans to ignore their own long-term existential challenges in their dealings with China. The emergence of China does not pose a threat to Europe. Indeed, it could help to enhance Europe’s long-term security if China promotes Africa’s development. For deep political and historical reasons, Europe cannot ignore the wishes of the US. Hence, when the Biden Administration imposed sanctions on some Chinese officials for their actions in Xinjiang, the EU followed suit in March 2021. China retaliated. Yet these sanctions will not stop China from becoming a much larger trading partner than the US for the EU.

This analysis shows clearly the main strategic dilemma Europe faces in the coming decades: to follow its heart and stick with the US or follow its head and work with China to develop Africa to forestall future waves of migrants from Africa.

Fortunately, there is a best case outcome. America could maintain its traditional close cultural and political links with Europe and yet allow it to engage in economic cooperation with China to develop Africa. Indeed, the possibility of close cooperation with China for “win-win” cooperation was once spelt out by a former senior American Administration official, Robert Zoellick. He said “We now need to encourage China to become a responsible stakeholder in the international system… within a larger framework where the parties recognize a shared interest in sustaining political, economic, and security systems that provide common benefits.”

The key phrase here is “common benefits”. Even though the US is separated from Africa by a vast ocean, the Atlantic Ocean, the fact remains that we now live in a small interdependent global village. The rapid spread of COVID-19 to every corner of the world, as well as the rising challenge of global warming, demonstrate that all of humanity face common global challenges. Despite having advanced societies, and excellent medical capabilities, many European countries have struggled to deal with a third wave. Under such dire circumstances, Europe can do little to help the poorer African countries. China’s capability to export large doses of vaccines to African countries have helped to stabilize COVID-19 in Europe’s backyard. COVID-19 has therefore reminded us that to deal successfully with common global challenges, all of humanity, including the rapidly growing population of Africa, must come on board. Hence, a Europe-China partnership that develops Africa successfully will mean that Africa can work more effectively with the US to deal with common global challenges. We should abandon the zero-sum mentality of 19th century geopolitical games and come together as common humanity to deal with the pressing and common 21st century global challenges. An EU-China partnership in Africa will be a step in the right direction.