Star2.com review of The ASEAN Miracle: A Catalyst For Peace 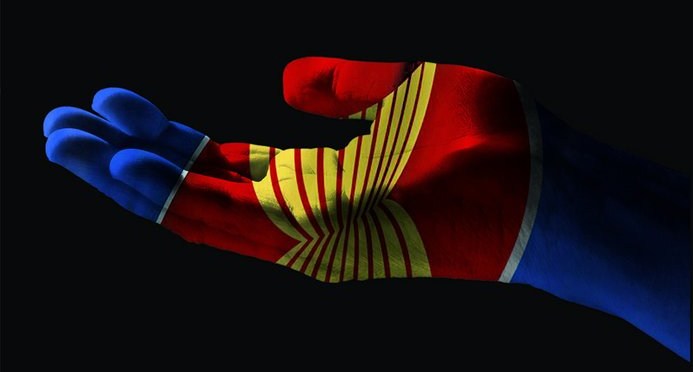 Whether the Association of South-East Asian Nations (Asean) is a miracle is up for debate, but it’s certainly impressive that 10 diverse nations have come together and achieved what they have over the 50 years since the partnership was founded.

Five national signatories first came together in Bangkok on Aug 8, 1967, a time when South-East Asia was a troubled region. So troubled, in fact, that the authors suggest that if Asean had been a human baby, “it might not have reached full term”.

Today, the region is home to around 240 million Muslims, 130 million Christians, 140 million Buddhists, and seven million Hindus, all of whom live in relative peace and cohesion – a notable achievement, given the unrest that is currently unfolding in Europe due to Brexit, where Britain is in the process of leaving the European Union.

In their thoughtful and informative book, authors Kishore Mahbubani and Jeffery Sng carefully examine Asean’s history and present state, and look ahead to the challenges that it will face, as political unrest, along with cultural pessimism, continues to simmer beneath the surface of geo-political power struggles.

Nevertheless, there was plenty to celebrate this year as the now 10-member association marked the 50th anniversary of its founding in the Philippines, where the 30th Asean summit was held in April.

In The ASEAN Miracle, the authors highlight the continuing peace and prosperity that exist between the member states, pointing out that no two countries within the coalition have engaged in conflict with each other since 1967. The Asean grouping has also proved to be a boon for trade in South-East Asia. In 1970, the collective GDP of member states was US$95bil. Since then, combined trade has increased 91 times, and today the collective GDP sits at an impressive US$2.5tril (RM10.8tril).

Despite their clear admiration for what Asean has achieved, the authors have successfully delivered a work that paints an honest and comprehensive picture of this partnership, which includes a thorough examination of the region’s weaknesses and the challenges it still has to face.

For example, unlike the EU where Germany is recognised as chief custodian and works, along with France, to keep the union thriving, Asean has no custodian. Why does this matter? If Asean is to continue its progress, the authors believe there needs to be a “natural custodian” to nurture, develop, and protect the partnership over the long run.

Threats to the peace of member countries also need to be addressed, chief among these being the shift in power that will be seen in the Asia-Pacific region as China gets set to replace the United States as the No.1 economy in the world by 2030.

Despite the weakness and challenges, Mahbubani and Sng believe that the many benefits Asean has brought to South-East Asia and to its global partnerships, as well as its extraordinary achievements, are deserving of a Nobel Peace Prize. However, they also lament that this is unlikely to happen any time soon, due to a “widespread lack of knowledge about Asean” and the tendency for its accomplishments to go unnoticed.

Whatever fate has in store for the partnership, The ASEAN Miracle offers a thorough, engaging, and much-needed insight into the function of Asean and the role it plays within South-East Asia and on the global stage.

History buffs and political anoraks in particular will find the book to be a valuable read. For the rest of us, it provides a handy, in-depth guide to one of the world’s enduring political partnerships.

Kishore Mahbubani is dean of the Lee Kuan Yew School of Public Policy at the National University of Singapore; Jeffery Sng is a writer and former diplomat based in Bangkok, and coauthor (with Pim praphai Bisalputra) of A History Of The Thai-Chinese (Editions Didier Millet, 2015).

Source: Star2.com review of The ASEAN Miracle: A Catalyst For Peace