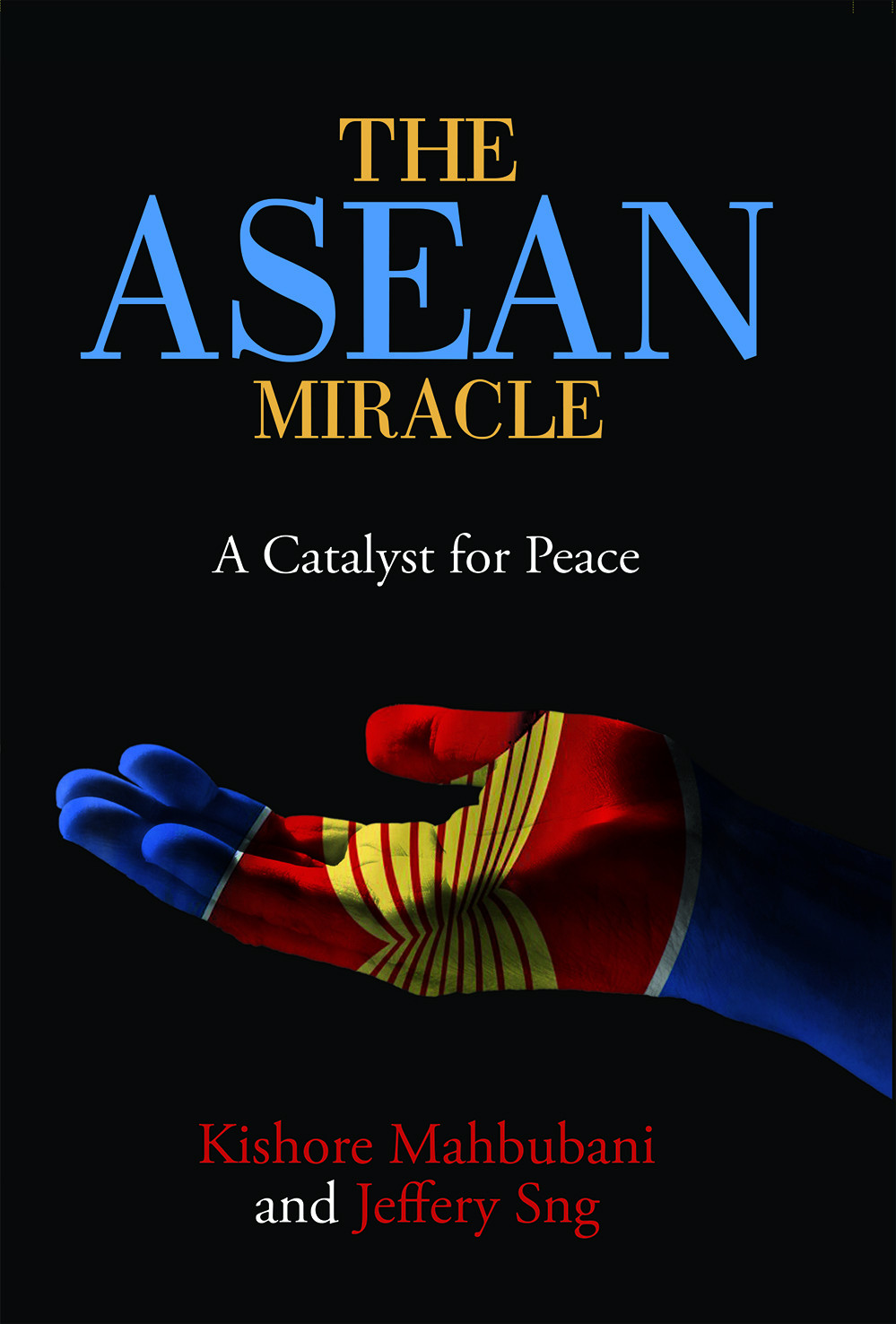 The Association of Southeast Asian Nations is a miracle. Why?In an era of growing cultural pessimism, many thoughtful individuals believe that different civilizations – especially Islam and the West – cannot live together in peace. The ten countries of ASEAN provide a thriving counter-example of civilizational coexistence. Here 625m people live together in peace. This miracle was delivered by ASEAN.

In an era of growing economic pessimism, where many young people believe that their lives will get worse in coming decades, Southeast Asia bubbles with optimism. In an era where many thinkers predict rising geopolitical competition and tension, ASEAN regularly brings together all the world’s great powers.

Stories of peace are told less frequently than stories of conflict and war. ASEAN’s imperfections make better headlines than its achievements. But in the hands of Kishore Mahbubani and Jeffery Sng, the good news story is also a provocation and a challenge to the rest of the world.

“This excellent book explains, in clear and simple terms, how and why ASEAN has become one of the most successful regional organizations in the world.” – George Yeo

“ASEAN was born in Bangkok. Thailand can take great pride in the fact that this Thai baby has emerged as a world success story. Indeed, many significant ASEAN initiatives were initiated by Thailand, including AFTA and ASEM. Kishore and Jeffery have done the world a huge favour in documenting this exceptional success story, and in making proposals to strengthen ASEAN further. This is a must-read for all who have interest in ASEAN affairs.” – Anand Panyarachun, former Prime Minister of Thailand

“A powerful and passionate account of how, against all odds, ASEAN transformed the region and why Asia and the world need it even more today.” – Amitav Acharya

“Kishore and I have written that the world is coming together in a Fusion of Civilisations. This book documents beautifully how ASEAN has achieved this fusion. The ASEAN story is hugely instructive and this book tells it very well.” – Larry Summers

“This book on ASEAN explains well how the pragmatic Indonesian philosophy of musyawarah and mufakat has been critical for ASEAN’s success. Indonesian leadership has led to the creation and development of one of the world’s most successful regional organizations, which has fundamentally transformed he geopolitics and geoeconomics of Southeast Asia. As ASEAN begins a new, possibly perilous, journey into the next fifty years, we should read this book as an indispensable guide to ASEAN’s future. We cannot take our success for granted. We have to work even harder to strengthen and, if necessary, reinvent ASEAN. This book explains how.” – Dr. Susilo Bambang Yudhoyono, Sixth President of Indonesia

“Over the years, Kishore Mahbubani has been as eloquent and visionary as he has tireless in championing Asia’s growing role in world affairs. In this impressive volume, Mahbubani tells the story of Southeast Asia’s ascent and the often underappreciated role of ASEAN as a regional provider of peace and stability. As the book makes clear, it is an unfinished story – ASEAN is uniquely situated to work with regional and global great powers in the search for common ground, but ASEAN is also vulnerable to neglect and decline. In the end, Mahbubani offers a powerful argument for a new era of ASEAN leadership.” – G. John Ikenberry, Albert G. Milbank Professor of Politics and International Affairs, Princeton University

Kishore Mahbubani is Dean of the Lee Kuan Yew School of Public Policy, National University of Singapore, and author of The New Asian Hemisphere: The Irresistible Shift of Global Power to the East.

Jeffery Sng is a writer and former diplomat based in Bangkok, and co-author of A History of the Thai-Chinese.